Nam Chung is located in the inner sea of Sha Tau Kok in NE New Territories. It is home to Hakka clusters of five family names: Yeung, Cheng, Law, Lee & Cheung. They had been settled in Xin’an District (present-day Hong Kong & most of Shenzhen) and lived mostly self-sufficiently for around 300 years.

Most villages in post-war New Territories became empty as village folks migrated overseas to work as hired labor. The newcomers to Nam Chung were those who fled China to avoid political and economic turmoil. They engaged in fisheries and aquaculture, raised ducks and pigs, and turned paddy fields into ponds. Hence the current landscape of Nam Chung was formed.

Hong Kong Sustainable Agricultural Association was subsequently formed in 2010. Using Nam Chung as the fieldsite, their practice aimed at showcasing how agriculture and conservation could collaborate. More than a hundred people from the public sector pooled in their money to acquire altogether 110 dou (around 800 thousand sq ft) of farmland. The purpose is to conserve the overall landscape of Nam Chung and to boost local agricultural production. This is the Land-Nurture phase.

In April 2013, the Land Nurturers were reformed into Partnership for Eco-Agriculture and Conservation of Earth (PEACE). Our visions are conserving rural land and culture, practising sustainable agriculture, and building local ecological communities to respond to the world maladies of rampant globalization and extreme climate conditions. 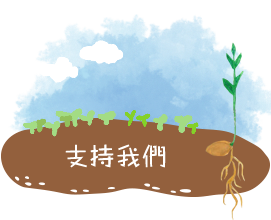